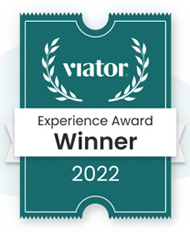 We have 42 guests and no members online

Tenganan Village is one of the oldest Balinese Traditional located in Karangasem Regency, east part of Bali. This village is much referred by cultural literature science of Tenganan Pegringsingan, which is very famous in the island. It own very unique local community life pattern which is one example of Bali Aga Village cultures (Hindu Prehistoric) and different with other countryside in plain of Bali. Nowadays, this village has been appointed as a place for tourist destination which can present the attractive and unique matters which able to add the variation of object and fascination for tourist to come.

Tenganan village is geographically situated among the hill in west and east part of this village. This village is located in Manggis sub district and Karangasem Regency or about 1 hour drive from Denpasar Town. It is a small village consisted of three Banjars (group of local community) those are Banjar Kauh, Banjar Tengah and Banjar Pande. The regional of this village is consisted of three complexes those are resident, plantation and rice field complex. The history of Tenganan village is expressed in a few versions. The first version is mentioned that the resident of Tenganan village are come from Paneges Village, a village is located near with Bedahulu Village that is located Gianyar Regency. The second version is expressed that word of Tenganan recognized in one of Bali inscription that was written by the word of Tranganan. The third version is expressed that the Tenganan Village Resident prays to the Bukit Lempuyang Temple. The word of Tenganan is ascribed by a Tengah root word which can mean to aim to middle of Pegringsingan, the fasten cloth type weave that is typically produce by Tenganan village resident. The structure of resident in Tenganan village is built in linear consisted of six rays. Each of ray consisted of some lawn broadly, the building form where the local community use it to present the handicraft for tourists. All the tradition existences of the human being are harmoniously with the God, human and environment as according to Tri Hita Karana concept. The Tourism Destination of Tenganan remains to draw during the time, goodness as tourism cultural object, tourism nature and agriculture tourism.

Candidasa is a beautiful place featured by the stunning view of Indian Ocean and peaceful atmosphere. There are a lot of hotels available in this area and most of them close to Tenganan Village like Puri Bagus Candidasa, Candi Beach Cottage, Alila Manggis, Rama Candidasa and Lotus Bungalow .